Blue Mountain Lodge is unique in the fact that it is located on an old oil exploration road system. Back in the 1950s, oil companies walked caterpillar tractors across the tundra and built a 4,700 foot airstrip. They then flew the rest of their equipment in to build a network of roads. This road system is only accessible by air and is not connected to any town or village.

The terrain on the peninsula is mainly tundra with numerous lakes and streams. The eastern side of the peninsula is laced with volcanic mountains forming the Alaska Peninsula Range. Blue Mountain Lodge takes in the island arm of Becharof Lake. Its breathtaking scenery combined with plentiful fish and game make it a sportsman’s paradise.

Following jet service from Anchorage to King Salmon you will take a charter flight 55 miles south over the Naknek, King Salmon and Egegik Rivers. Also, you will be flying over the second largest lake in Alaska, Becharof Lake, which is just 15 miles from our facility. 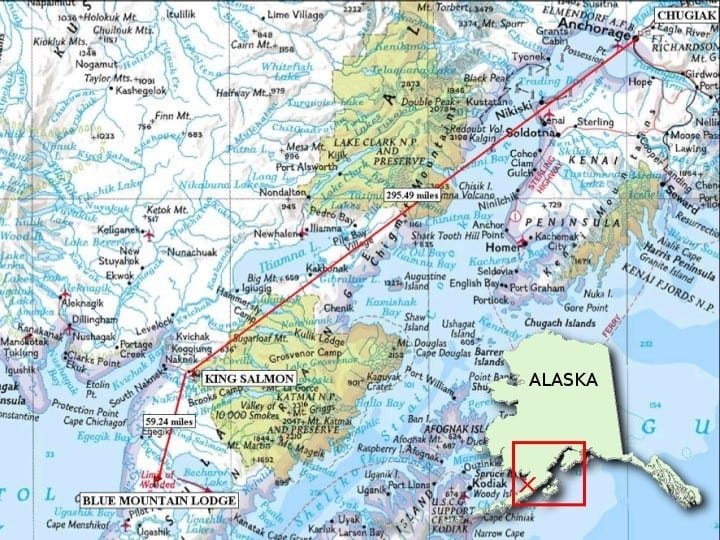