The moose open dates are as follows:

The Alaska Peninsula has one of the best opportunities to harvest moose in the state. The Alaska Peninsula may not have the largest number of Moose or the most record book entries, instead the real difference about the Peninsula is what the Moose don’t have – timber! They can run but they can’t hide. Eventually, they will show themselves in a Willow thicket or pop out of an Alder patch! I know where they live; I’ve been doing this since 17 years of age. 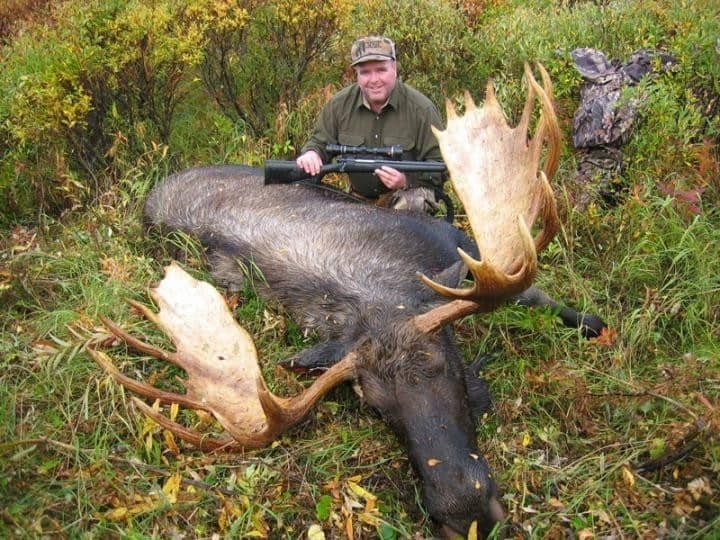 We normally average over 60 inches for the bulls we harvest. Since 1983 our average success on moose hunts is over 90%. I’ve had hunters go home without moose in the past, for varying reasons, but odds are you will be successful. I usually take no more than 2 Moose hunters per season. This number has worked well for me, and every year I see a good number of bulls for the next year’s hunting season.

Unit 9E has had the longest implemented minimum size antler restriction in the state. The state set a minimum of 50 inches or 3 brow tine restrictions back in the late 70’s. Now most of the state has followed suit. The Alaska Peninsula has had and still does have some of finest wildlife biologist in the State of Alaska. When combined with great habitat, mild winters and with minimum snow coverage helps maintain a healthy population.

We do have a couple of concerns however: wolves and brown bears, both populations are on the rise. So you can do your part to help out the moose population by booking a bear or wolf hunt with us. Moose and bear hunting season do not overlap in unit 9E, but wolf hunting does, the limit on wolves is 10 per day and no tag fee.

We pride ourselves on taking excellent care of the moose meat and cape. We will turn the ears, split the lips and bell, remove all of the cartilage from the nose and salt the cape at least 3 times before we deliver it to King Salmon. From there I usually ship it to the Wildlife Gallery for them to look it over, shake out the salt and prepare the hide and antlers to ship anywhere in the world.

Obviously, there is a lot of meat that is involved with a moose – on average over 600 lbs. It all comes out of the field on the backs of your guide or packers. I have waxed fish boxes at the lodge that we can pack for you to take home. Usually most hunters only try and take back one or two boxes of meat.

The rest of the meat does not go to waste. I have a couple of villages on the coast that look forward every September to some extra meat. It is my priority to make sure that all of the meat delivered to the villages, as well as your home, is clean and fresh.